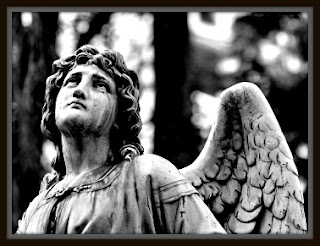 Have you ever been hurt and the place tries to heal a bit,
and you just pull the scar off of it over and over again.

~Rosa Parks
We are hurting, again.

Created by the warped mind of nitebyrd at 6:56 PM 7 blew out from under the bed 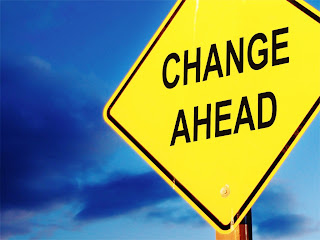 I guess y'all who are coming 'round to read my blog have figured out it's gone through a change of theme.  When I began writing, I thought I would titillate you with my exciting and varied personal experiences with new people as I set off on my trek to find the wild, crazy, adventurous woman I used to be/thought I was.  Apparently, my alter personality, Lizzie, was talking loudly, acting boldly about 6.5 years ago and now my other alter, Martha, along with the assistance of a daily dose of Effexor, has beaten her into submission. After all, Lizzie and Martha live inside the brain and body of me - nitebyrd, now affectionately known as Zombie Grand.

When I first began to blog, aag (Always Aroused Girl) was my main inspiration along with Lady In Red, Ronjazz, Fat Controller, Rupert, Eve In Chains, and Pixie Pie. They are all gone now.  FC does post now and again, though.  I also read Southern Sage, Riff Dog and Spiky, regularly.  Sadly, they are no longer around because they were "outed" to loved ones that didn't know about their blogs. Trolls are the internets version of bullies. Trolls are worse though, because they're anonymous.  All of my former favorites were primarily sexual in content but not completely.  While reading and learning about and/or from others sexy lives is great, knowing the about the whole person (not just their sex organs) via their writing is even better.  I realized that when I began reading blogs like Vent, Forks Off At The Moment, Everything and Nothing, It's On Random and Mary Says. I started to branch out in the blog world more and more after a very ugly incident a few years ago because one so-called "sex blogger" got into a dick measuring contest with another. He was very pissed-off when he found out he didn't measure up to the guy he was calling out. The thing was a debacle that soured my view of that type of blogging.  I figured out, you can't just watch one movie, you can't just eat spaghetti, you can't just listen to Nickelback (or can you?), you can't just have sex 24/7 and you can't just read sex blogs.  Well, I guess you can if you want to be sorta restrictive in your view of things.

About a year ago, I was going through a terribly difficult time mentally and emotionally.  The problems that I'd experienced since 2005 seemed to be growing uncontrollably. I wasn't coping with anything.  After finally visiting my doctor and getting my antidepressant/anti-anxiety medication upped, I began to feel better. Better in that while I had more mental clarity, I lost all emotions/feelings.  Now, I'm not telling you this for sympathy.  I don't need it, really.  Being able to THINK and concentrate for more than a nano-second is way more important to me than having normal feelings and/or emotions.  My stoic Scotch heritage gifted me with weak emotions to begin with so I'm not missing too much.  And my ability to "fake it" comes in handy to those that don't know me. I can deal with being a zombie.Trust me, I truly can.  I've written about this before so I'm not going into great detail.  Y'all who commented got it!

While I'm okay with my total lack of feelings and those that I'm close to either don't know or don't care, I don't want to have to explain it or "fake it" (because "faking it" is really exhausting. I can only do it for short periods of time) to any one new. I also don't think it's fair to become involved with people that want/need more from me than I can give.  Others don't share my zombie-dom and I cannot in good conscious expect them to.  Although I divorced Mulder a few years ago, we still live together.  We've known each other for over 40 years. He knows what is wrong with me, he mostly can deal with it and that's okay. I know him, my routine is pretty much set and that's a good deal for an automaton like me.  It ain't perfect but then what is? 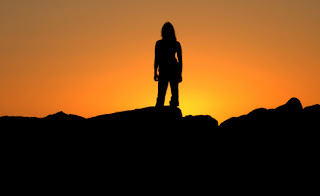 From childhood, I learned how to entertain myself.  I don't mind being alone (but never am!).  With Martha and a subdued Lizzie knocking around in my head, it's almost like having a tea party everyday.  I like to craft, sew and have recently started stitching again.  I tried crochet 'cause I love that Amigurumi stuff but lemme tell you, zombies are crap at crocheting!  I also now have my son, his girlfriend and my grandson living with us.  For how long, I don't know but it is what it is and I enjoy the hell out of seeing my son get payback.  I also enjoy (who knew?) having a baby around and watching Mulder get all grandpa goofy around the kid.  I've had people tell me that Mulder and I are crazy for having them live with us (shut the fuck up!) and others say that that's how families lived years ago (thank you, President Obama for sending the middle-class back 70 years!).  I don't care what other people think, it's my choice, my life.  We, me and my family, are doing what we can, all we can to survive. I'm sure most of you understand that perfectly!

This is basically my way of saying, since there isn't sex or sexy things in my life, there won't be any in my blog.  The affiliate programs for most toy companies have changed and I certainly don't need any more sex toys.  I've got a box of 'em and I can't think of anything "crafty" to do with them.  I won't be doing reviews anymore.  I may or may not take them all off my side bar.  I might try to promote some baby stuff that'll help grandparents or some craft and stitching things.  There's a few Etsy shops I'd like to review. I'd also like to show y'all some of the stuff I'm making.  My daughter and I took a glass blowing class, went to a painting class and a ceramics painting thing.  Stuff like this is good for me - keeps my mind off other things that I don't really want to think about. I'm going to write about things that interest me, things that I think are funny, beautiful, thought provoking, stupid, weird - whatever.  I'll be updating my blog-roll and pages, soon.  I won't stop swearing and going off on tangents.  I'm not going to start looking for Jesus or any other saviour.  I'm still going to rant when necessary. I'm still going to love, no LOVE Nickelback. And I'm still going to be coming to the blogs I enjoy.  While there won't be any wild crazy monkey sex posts, I will be posting about the day to day life of a zombie - could prove interesting, ya think?

Will you still come to read?  I hope most of you will and I also hope new readers will come by.  For those of you that won't - I understand.  I do want to thank each and every one of you again, for reading my blog and leaving comments even when I had fallen in the abyss or was too busy to respond.  YOU honor me by becoming a part of my life and by allowing me to become part of yours.

Created by the warped mind of nitebyrd at 3:31 PM 17 blew out from under the bed