Have You Ever Wanted ... 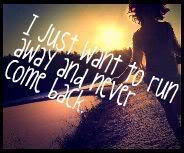 to run away? No, not with the circus.  Those fucking clowns are too scary.

But, just shed your current life like a butterfly sheds its chrysalis and becomes something totally new, different and beautiful?   Be able to go from crawling on the ground to flying in the air?


Do you ever want to get in your car or on a plane, train, boat, bus and just “GO”?  No set place to be - traveling wherever you get to, enjoying the journey to the fullest and not worrying about the destination?


Can you imagine being in a big city or a small town or in a foreign country, where nobody knows you and you can finally be who you really are? 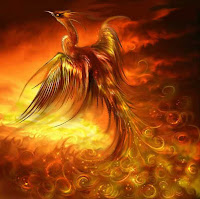 Do you crave living not just surviving?


To laugh a laugh that reaches your heart and smile a smile that reflects in your eyes?

To sleep peacefully and dream of beautiful places, with friendly people?  To wake and know that the new day will be full of promise and sunshine?

Your heart to stop pounding with fear, your mind to be clear of doom induced thoughts, your body to stop clenching in pain from the day-to-day miseries of life?

To be the hammer and not the nail?  To be the Phoenix instead of the ashes?


Have you ever wanted to run away? 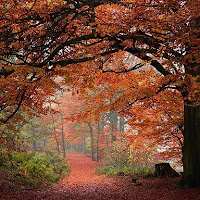 Yeah, me too.
Created by the warped mind of nitebyrd at 10:32 AM 13 blew out from under the bed

I do love jewelry.  Shiny, silver jewelry.  The fabulous Babeland has some super, shiny silver jewelry that is like finding some wicked booty left by a kinky pirate.  The Pirates Pendant Vibe is not only pretty but it’s an amazingly powerful bullet vibe that has 5, count ‘em FIVE different vibrations!  Mateys let me tell you it shivered me timbers!

The Pirates Pendant Vibe comes packaged in a nice see through plastic box.  It’s easy to open and get to the “jewelry.”  Since I like silver, that’s what I requested.  It’s also available in gold and copper colors suspended from a sturdy ball chain.  The vibe is decorated with raised skulls (*squeeee!*) and some other cool designs that add to the experience.
After some initial difficulty getting the vibe to work (removing and reshuffling the 3 included watch batteries did the trick) I settled down to pillage myself with this double duty bullet vibe. It turns on/off and goes through the different settings my pushing down on the little top piece connected to the chain.  I went through all five of the settings to test out each one.  The first two are straight on continuous vibrations, the second is more powerful.  The next two are rapid “start-stop”, the second again being the more intense.  The last setting is a combination of the two, like a long buzz then a shorter buzz.  I settled on the most intense continuous setting because I like deep, concentrated clitoral stimulation.  The Pirates Pendant Vibe gave me that in spades!

The shape of the vibe allowed me to maintain a good grip on the vibe throughout my jilling session.  It was easy to maneuver letting me hit my clit and vulva with relish.  A coxswain couldn’t have done a better job of swabbing my deck, me thinks!  In no time, I was over the edge having an amazing orgasm with visions of Captain Jack Sparrow in my head!  This “picaroon” is yar!


Since I like to find the unusual toys, the Pirates Pendant Vibe fits my criteria.  I actually wore it to work before the real test of the toy and received several compliments on my unique choice of jewelry.  I was tempted to give it a whirl in the work bathroom because it’s really very quiet but decided to pass on that.  Small office, way too nosey co-workers.

See y'all Wednesday!
Created by the warped mind of nitebyrd at 8:30 PM 7 blew out from under the bed 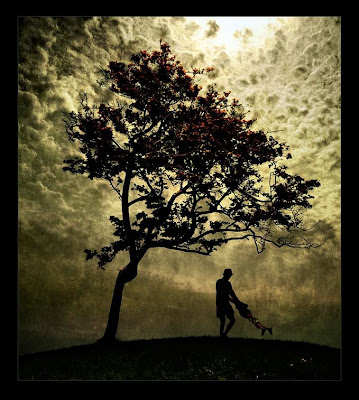 It doesn't matter who my father was; it matters who I remember he was.
~ Anne Sexton
Created by the warped mind of nitebyrd at 12:01 AM 7 blew out from under the bed

Sunday Funny - Biscuit Gets A Boner

I have a small dog.  He’s part miniature poodle, part Maltese.  He is adorable.  When I got him as a puppy, he fit right in my hand.  He has a soft curly white coat with tips of a soft orange-brown.  His eyes are round, shiny bright orbs of black.  He looks like he should sit on a velvet pillow all day being fed choice bits of fillet Mignon.  He should act like royalty, bred only for the best and finest carried hither and yon in a Gucci tote.  Unfortunately, that is not Biscuit’s nature.
Biscuit has the heart of a Rottweiler and the soul of a junk yard dog.  He has no fear of other dogs, no matter of their size.  The dog niceties of initial observation then smelling one’s butt, is lost on Biscuit.  He’s ready for a fight as first sight.  He snarls with passion bearing his wee teeth.  To his own ears his soprano barking must sound like the most awesome baritone.  No insect or lizard is safe from Biscuit’s wrath.  He is the alpha dog in my pack of three; his beagle brothers suffer his machismo with great patience.  Perhaps they are truly cowed by his attitude or maybe, it’s because of Biscuit’s impressive, albeit useless for it’s intended purpose, penis.
There has never been a stuffed animal or fuzzy slipper made that Biscuit didn’t fall in love with.  If I wanted to keep my slippers safe, they had to be placed on a shelf.  Any stuffed animal at Biscuit level would be dragged from its place and attacked with abandon.  I gave him several stuffed critters that were about his size.  They became his “girlfriends”.  He will toss them in the air, pounce on them, chase and fetch them and wring their necks (like a good mouser) but his favorite thing to do with his “girlfriends” is to make love to them.   He has done this since puppy hood and continues now into old age.  Biscuit’s sexual prowess seems legendary compared to the other two dogs that have never had much interest in sex.  Their main interest lies in food.
It was a few days after I brought Biscuit home from the vet’s after his neutering surgery that the enormity of his manhood became apparent - much to the dismay and horror of me and my husband.  Biscuit seemed not the worse for wear after the surgery. He was eating, drinking and being his usual macho self.  He pulled out one of his “girlfriends” from the toy box and after his typical brand of foreplay; he proceeded to delight her with his love making.  After a few minutes, he stopped.  Mulder glanced over at him and then got up off the chair to take a closer look.  I was in the kitchen when Mulder came in, pale and very serious. “Something is wrong with Biscuit,” he said.  Thinking maybe he’d opened his wound, I ran to check him.  What I saw was my adorable little dog, my sweet baby, my darling, with the biggest erection in the universe!  Biscuit is the Ron Jeremy of the dog world!
This had never happened before.  Neither I nor my husband knew what to do.  Biscuit seemed unconcerned but didn’t seem able to walk.  “Call the vet! NOW!,” I yelled at Mulder.   Had he not been so shocked at Biscuit’s display, he would have made me call but he just picked up the phone.  After the receptionist answered, my husband realized he was going to have to tell her what was going on.  “Um …. Biscuit was just neutered on Thursday and um …. He was playing with a toy and um…”  Embarrassment had taken hold, the man was damn near speechless.  “Oh! God … um… now he, um… Jesus …” I was actually enjoying his torment but wanted to help Biscuit so I just yelled out, “He’s got a ginormous erection!  What can we do?”  Since Mulder was near me I heard the burst of laughter from the receptionist and her asking, I hope the vet who was nearby, how to remedy the situation.  Another voice came on the line, shaking with laughter, and told us that it should go down by itself.  Take the toy away and if he wasn’t “back to normal” in an hour, bring him in.  More uncontrollable laughter was heard as Mulder hung up the phone.
An hour!  Good grief!  I couldn’t let him stand around like this for up to an hour!  I decided to take action.  Ice is always good for swelling, right?  I rummaged in the freezer for an ice pack.  The beagle brothers hearing movement in the kitchen decided they would take a look at what was going on because there just might be food involved.  After cursory sniffs at Biscuit’s rampant nether regions and a few snorts returned to his snarls, they didn’t see food in the offering and went back to sleep.  I gently applied the ice pack to Biscuit’s penis, he didn’t appreciate the attention but it worked like a charm.  Within a few minutes, he was back to normal.  I doubt my husband will ever recover from the sight or the phone call.  I also keep an ice pack at the ready just in case Biscuit decides to show us who’s “The Man” ever again.
(This is one of the pieces I wrote for Fortitude.)
Created by the warped mind of nitebyrd at 12:01 AM 12 blew out from under the bed

I've just had another piece published in Fortitude.  It made the front page meaning, I got PAID for it!  I've never gotten paid for writing and it just makes me feel all warm and fuzzy.

Although, since I haven't written anything very substantial here I guess I should get my ass in gear do it!

I just wanted y'all to know because I'm damn proud of myself!  (Thank you if you go and take a peek!)

Created by the warped mind of nitebyrd at 8:13 AM 15 blew out from under the bed

Created by the warped mind of nitebyrd at 12:01 AM 6 blew out from under the bed

Get Paid to Write!

Go check it out, it couldn't hurt, right?
Created by the warped mind of nitebyrd at 2:08 PM 2 blew out from under the bed