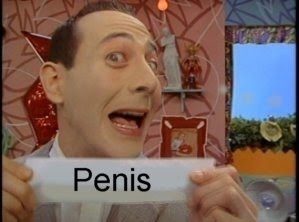 HUSAVIK, Iceland (May 16) - Sigurdur Hjartarson is missing a human penis. But he's not worried: Four men have promised to donate theirs to him when they die.

As you might guess from the large wooden sculpture outside the Icelandic Phallological Museum is not your typical tourist trap. Located in the fishing village of Husavik, the museum features of a collection of 261 preserved penises from 90 animal species.

Hjartarson is founder and owner of the Icelandic Phallological Museum, which offers visitors from around the world a close-up look at the long and the short of the male reproductive organ.

His collection, which began in 1974 with a single bull's penis that looked something like a riding crop, now boasts 261 preserved members from 90 species.

The largest, from a sperm whale, is 154 pounds and 5.58 ft long. The smallest, a hamster penis bone, is just 2 millimeters and must be viewed through a magnifying glass.

One species conspicuous by its absence is homo sapiens, but that may soon be rectified since a German, an American, an Icelander and a Briton have promised to donate their organs after death, according to certificates on display.

The American, 52-year-old Stan Underwood, supplied a written description of his penis -- which he purportedly nicknamed "Elmo" -- for display alongside a life-size plastic mold of the member as well as his pledge to donate it.

Hjartarson said the Icelandic donor, a 93-year-old from nearby Akureyri, was a womanizer in his youth who thought having his penis in the collection might bring him eternal fame.

But vanity may make him rethink the offer.

"He has mentioned lately that his penis is shrinking as he gets older and he is worried it might not make a proper exhibit," Hjartarson said.

The museum, originally opened in Reykjavik in 1997, has now moved to the quiet fishing village of Husavik, 298 miles northeast of the capital.

Open from May to September, it is housed in a plain brown building, the entrance marked by a tall brown phallus near the door and a penis-shaped sign over the front porch.

A growing number of people from all over the world view the collection each year, 60 percent of them women.

"We had 6,000 visitors last summer and actually made a profit," Hjartarson said with a smile.

The specimens, most of which were donated by fishermen, hunters and biologists, are kept in glass jars of formaldehyde or dried and mounted on the wall, creating an atmosphere that is part science lab, part trophy room.

Hjartarson has paid for only one -- an elephant penis nearly 1 meter long that hangs, stuffed and mounted on a wooden board, in the museum's "foreign section."

He said he began collecting penises 24 years ago, when working as a school administrator, with little notion he would one day be running a museum devoted to the subject.

"It was just a hobby," he said, adding that the collection was relegated to his office until the inception of the museum.

"They were not on display in the sitting room."

The museum's "folklore collection" includes a few sculptures and joke items, but no sex toys or paraphernalia. The more risque displays stay under wraps.

"Two elderly German women came in a while ago and after viewing the exhibit, they scolded me for displaying a group of figurines in Kama Sutra poses, so I put them in here," Hjartarson said, lifting a black cloth off a glass-topped box labeled "Erotica."

"This way nobody has to view them unless they want to."

Hjartarson maintains a light-hearted approach to his delicate subject matter, saying a sense of humor and a bit of intelligence are necessary to appreciate the collection.

"I hope visitors leave the museum in a better mood than when they arrived," he said.

Music for your listening pleasure by Da Vinci's Notebook
Created by the warped mind of nitebyrd at 9:04 PM

*makes note for another place to visit*

Well...I guess all the ladies that Stan Underwood has been with...must have a common saying...

Have a great weekend!

The folks in Iceland must not have a lot to do right now...WOW.

OK, someone's got to ask... How do they preserve the penises?

baby...I wonder if Pee Wee talks to his pee wee AHHHH...I know what you are, but what what am I? AHHHHH!

I so agree with ronjazz and I wonder...they don't have theater there, do they?

What am I doing? I'm counting how many penises I've had.

And to think that I have always considered my penis as just another part of my body... I need to the thing a little more consideration... on day, it can be a star... (or a relic) C;P

The song!!!! It made me spray icecoffee all over the screen!!! xx

Our friends have been to the one in AMsterdam twice. I'd like to go too, does that make me a freak? Lol.. don't answer. Love your award from VBF! She is very clever with that kind of thing.

they called me but then folks would pay homage yearly and overflow the town, cause a big ole ruckus so I declined to allow mine to be an exhibit.