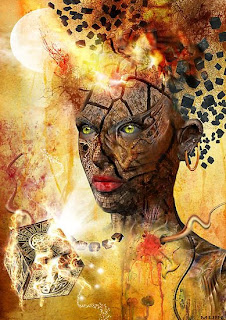 I didn’t do HNT this week because I was reading. When I finished reading, I was thinking about the book I’d just finished. Usually, I don’t read books I have to think about because the two of me (Lizzie and Martha) will end up fighting about the whole concept and I end up with a headache. However, I believe that I’ve gotten everyone on board with the same thoughts about this book.

A few months ago, I was the lucky winner over on DJ Kirkby’s blog of “Black Boxes” by Caroline Smailes. Caroline was kind enough to send me the signed copy which I flipped through, a bit intrigued by the format of the writing style and then put in my “To Read” pile.

Monday I started to read Black Boxes and found that I couldn’t stop reading until I finished it! My first impression of Ana was that she was just a weak woman who fell in love with the wrong man. I didn’t like her very much. I really didn’t like Alex who was just plain horrid. What did Ana see in him? Why would she love such a bastard?

Opening “Black Boxes” is like opening Pandora’s Box. Thoughts and emotions start to fly all over the place. This book is tragic, painful, enlightening and even though the majority of women and/or men who read it are not as on the edge as Ana and Alex, they’ll recognize a wee bit of themselves in the characters. I know I did.

I went from disliking Ana to pitying her to being angry for her. She was a house of cards to begin with and through her narrative, I was able to see her fall totally apart. Her anguished silent screams for help were never heard. Perhaps that’s the reason she chose Alex, he was self-absorbed and dominated by a woman he probably hated but felt powerless against. Thus, I think he was drawn to Ana whom he would be able to ignore and abuse to feed his need for self-worth. I never came to like Alex at all. I only felt increasing anger towards him.

Personally, I could relate to Ana’s post-partum depression and her feeling of being trapped. It was a scary look inside myself. But I realized I also felt
superior to her because I gave up the dream of “happily ever after” a long time ago and I was, nor will I be such a fragile woman.

Whatever the back-story is that made Ana and Alex the people they were and what they became is what kept me thinking.

Black Boxes is an excellent read. Even though there are no real monsters, it’s frightening. In addition, although there is no real hero or heroine, I think you’ll feel a sense of victory because you have read this book and got a glimpse of a life you (hopefully) aren’t taking part in.

Caroline Smailes has another book, “In Search of Adam”, that I believe I’ll be reading shortly.
Created by the warped mind of nitebyrd at 8:30 AM

I haven't read the book you mentioned, but I know what it's like to not be able to put a book down. I discovered an A merican author a couple of years ago, I've read 9 of her 25 books. Erika Spindler is her name... I'm well n truely hooked on her books...she is an amazing writer...

I freakin' LOVE the book cover! That alone would make me want to pick it up and read it!

It really sounds like something I would enjoy reading. I like books that pull you in unexpectantly and never let you go.

OMG...I have't read a book in sooooo long. Shit, I wonder if I can still read??

I'll head over to Amazon and check it out.

Hi
Sorry about the deleted comment above, I had signed in with the wrong account.
I think you summed it up beautifully. Caroline has such an amazing unique style of writing. I can't wait to read her next novel.

Always good to hear when someone recommends a book to this degree, thanks!

It is a wonderful sensation to be so engrossed in a book. I must admit, though, that I am a bit chickenshit when it comes to reading very emotional or sad books. Where does this one fall? Even if I can relate to the characters (I have had postpartum depression), I want a happier read. It's all about the escapism for me. So I avoided Oprah's list like the plague!

Nik ~ Thank you. I really enjoyed the book and I'm STILL thinking about it!

Indigo ~ I've never heard of Erika Spindler but I'll look her up. I like to read series books because I get attached to characters and like to follow them.

Ron ~ If you can, read "Black Boxes." It's so unique and really thought provoking. BTW, the top picture isn't the cover. It's a photo I found that I felt depicted Ana perfectly and is a damn cool picture!

DJ Kirkby ~ I'm in your debt for choosing me to receive the book from Caroline. I'm going to get "Adam" when I order "An Ungodly Child". THANK YOU!

Sexy PTA Mom ~ I always avoid anything Oprah like the plague! LOL "Black Boxes" is not a happy read at all. It's definitely emotional but I don't think happy is one of the emotions I felt. As I said, I don't usually read any book that makes me "think" but this book was just too good not to read regardless of the ending - which you know right up front. I love those Sookie Stackhouse books for sexy, vampy, Southern fun!

Thanks for sharing your review!