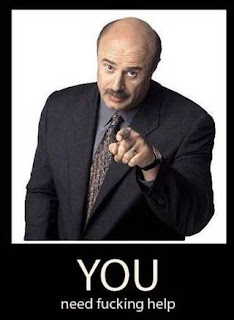 We have Muscovy ducks in .  They are not pretty ducks like Mallard.  They’re ugly and dirty.  Neanderthal ducks, they eat, shit and mate.  That’s it.  The male duck will pin the head of the female duck down while they mate.  Since this happens all the time and the ducks have no sense of decency, this is something that is seen almost daily.

Many years ago, I was driving my daughter to school.  It was a rainy day so lots of puddles were around.  Off on the side of the road, I noticed a pair of ducks mating.  The male had the female’s head pinned down in a large puddle.  He was oblivious to the fact that she was drowning.  He just banged away.  Unfortunately, I couldn’t break the pair up to save the female as they were on the opposite side of the road.  After I dropped my daughter off at school and was going back, I passed the body of the female lying in the puddle, dead.  The male had gone off to eat and shit, I guess.

The image has stayed with me all these years and it’s often I think of it as a metaphor for life.  Life will pull you under until you feel you’re suffocating, fuck you over and just when you think something great will happen, you die.

However, being an optimistic pessimist, I was watching a herd of squirrels at my house yesterday.  The babies were out with the adults and all hell was breaking loose.  They were playing, fighting, eating, pooping and fucking like rabbits.  All the while, they were chattering and just seemed to be having the time of their lives.  They made me smile. 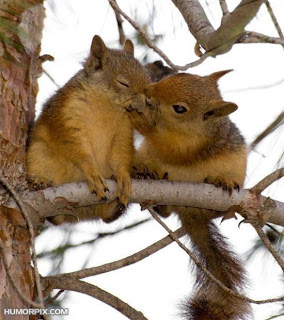 Created by the warped mind of nitebyrd at 6:53 PM

I think the picture of the squirrels is cute.

I think the picture of Dr. Phil saying that "You need help" is the pot calling the Kettle black or whatever that saying is.

Must be the time of year. It seems it gets harder to fend off the gray, murky crap. Keep your head above water, beautiful lady. We need you around here! xxxoo

Last week was absolutely atrocious for me...here is hoping this week is better.

Sometimes you just feel like you're pissing against the wind don't you? :(

keep kicking Love!
I've got your back!

Some times I think life is as useful as a chocolate t pot. Pointless, but I always know there is some one else worse off than myself.. I have a roof over my head, food in my belly... as for the lump, well shit happens, hang on in there girl, as for the tree rats (squirrels) are they real Lol xx

You keep fightin girl.. ding ding round one, kick ass girl, throw kick n scream, break some thing, some one, always works for me ;-))))..;-*

Being someone who lived in Florida and knowing these ducks that you speak of, I think this analogy/metaphor is flawless because I can totally understand what you mean with this post.

And it's especially ironic that you also mentioned squirrels because when I was going through a VERY rough time in my life (and you know what I mean) it truly was such a bright spot to spend time feeding the squirrels - it honestly made me feel happier and hopeful. Perhaps that's why I love them so much.

Anyway, Sis...please know that I'm sending you MUCH "good energy" and "love" your way.....

Trust me...it will all work out.

Keep strong and keep fighting cause this too will pass..here is a little something from Flogging Molly...

And in the immortal words of Scarlett O'hara "Tomorrow is another day.

Not sure about you but that gives me such hope and Ooodles of warm fuzzy feelings.. or I might have just pissed myself.. :o)

Sending you some British stiff upper lip and lots of hugs.

Natural selection is a beautiful thing. If you don't have the brains to keep your lover's head out of water, you're not going to get any dumb babies no matter how hard you pound away at her.

i think your ducks are very bold to be fucking on the side of the road like that. gawd! left her dead in a puddle, yeah right. if you need help, i do too.

this post totally made me smile. i love squirrels as well. they're so cute.