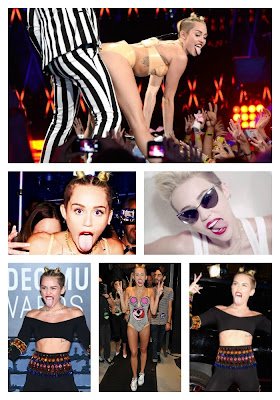 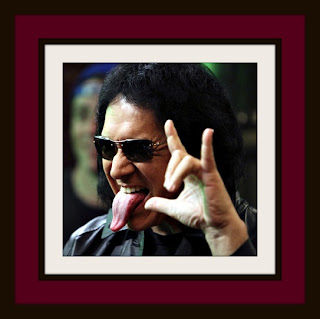 Created by the warped mind of nitebyrd at 7:46 PM

You make me laugh lol. Yeah tongue thing bothers me a lot, I mean A LOT! I feel bad for her though, she probably was made to act a fool on the VMAs. They needed something to draw attention to it since it's just full of talent-less artists nowadays.

"Does she have an illness that causes uncontrollable tongue sticking out-itis?"

Nitebryd, you crack me up!!!

"Besides, Gene Simmons did/does it better and not nearly as often."

~laughing~
I would say she just wants attention, negative or otherwise..
Thank goodness i can skim over the things that make me go "ew"
LOL

It was just a performance and it as designed to do exactly what it got...lots of buzz and attention.

My thoughts were...why wasn't Beetlejuice-beetlejuice...bee...Um Oh my, no the rule is not to say it thrice isn't it? I mean really, there's no noise on Robin's part in all of this. I mean he didn't back away from little young (Hanna Montana)Miley's grinding. It was rehearsed over and over.

Why do people expect the female to be virginal and men that's it's okay for men NOT to.

Oh and your post rocked just as Gene still ROCKS!!! :)

Miley Cyrus is caught up in the Machine and what you are looking at is the Machine busy chewing her up. Same with Justin Bieber. I am placing Las Vegas Odds that they will both be dead before reaching their 31st birthday.

So sad, so ill advised, so badly managed. I posted about this last week; it kinda breaks your heart a little.