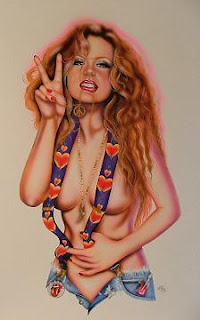 I knew before my children were born that I wanted to be the kind of mother that they could trust, one who would tell them the truth. I never talked “baby talk” to them and always tried to judge what age appropriate information for them was. I also never would assume that, “Not MY child! My daughter/son would NEVER do that!” Parents like that are just fooling themselves. Why do they think their kids won’t do the same or worse than they did?

Sometimes my philosophy worked very well. When my daughter was about the age when she was figuring out Santa and the Easter Bunny weren’t real guys, I told her that when children become a certain age that Santa and the Easter Bunny let mom, dad, older brothers and sisters, take over the duties that they performed for the smaller children. I further told her that was the way we could always keep the magic of Christmas and the fun of Easter going forever. Now that she was getting older it was a big responsibility to keep the secret going and help Santa and company. She LOVED it! She talks about it to this day. I was Queen Mom with that pearl of wisdom..

Other times the honesty didn’t work quite so well. Like the time we were watching “Carrie.” My daughter was about 9-10 years old. When the “shower scene” came on, she asked me what was going on. I went into great detail about a girl becoming a woman, having children, the responsibility of safe sex, yadda, yadda, yadda. My daughter never made a sound. I was thrilled she was hanging on my every word. When I finished, I asked her if she had any questions. She said, “Yeah. What’s for dinner?” I chalked it up to a fail but figured at least I planted a seed

I treated my son the same way. I did request that Mulder take over the actual “sex” talks with him. My son became aware of his penis very early in his life and like all men, it became his BEST friend. Since my son was five years old, he has never let me see him naked. I sent Mulder in a couple times over the years to check and make sure his junk was okay, in proper order, etc. Mulder did this with much anguish and I think the last time I did this, my son was about 15. After his father had asked him the torturous questions, my son stormed out of his room and told me that his plumbing was fine, did what it was supposed to, and worked correctly and to STOP HAVING HIS FATHER CHECK ON HIM!!! He further informed me he knew about sex and how to protect himself and any future girlfriends. “Jeez, MOM!” Those were his last words on the subject.

Now that you know I was always up-front with my children about everything. And I do mean everything, imagine my surprise when I found out *I* didn’t want to know EVERYTHING about them!

On a recent evening, Mulder and I were going out to dinner. My son was in his room. He usually has the door closed and locked. I went out to the car while his father went to ask him if he wanted to join us. When Mulder came out, he was laughing. I wanted to know what was so funny. Mulder, bless his sick little heart, told me. 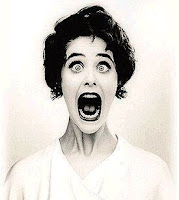 My appetite was gone, some things a mother doesn’t want or need to know.
Created by the warped mind of nitebyrd at 7:45 PM

18 blew out from under the bed:

ROTFLMAO
God, thats to funny...
I guess dear old M never told him that he could go blind doing that..
Be glad it wasn't like that seen in American Pie...
I still can't eat apple pie after watching that movie..
I just start laughing and can't seem to stop...

Hey...you sound like a great mom! And I think if I were a parent, I would be up front and honest like you. My parents were more on the silent side of explaining things. Of course being the dramatic child that I was...they probably thought it BEST, if I just figured it all out on my own!

I'll bet he was mortified.

I've already covered the basics with my nine year old son. Some people think I'm nuts talking to him about sex at his age, but I really don't care what they think. I would much rather he hear the truth from me than speculation on the playground.

Its sex in other generations we're not happy with - that's why we don't wanna hear about our parents or our children having sex, but are quite happy hearing about our mates doing it!

Oh dear, I dread the day that ever happens to me with one of my sons!

Oh the joys of being a parent!!

I AM glad to hear the boy has a strong appetite. That has to be a natural extension (no pun intended) from his genes (ditto).

And many of those things a father doesn't want or need to know either! ; )

Ha...I love this post. It fits right in and I feel comfortable with the talks I've had with my prince and will have with my bubba.

I tried to let hos father do it all. but sometimes the questions are there in between a bite of carrots. My girl and I tell him the truth. Everything he wants to know. If he feels comfortable asking...I have to tell him, no matter how I feel or how much I blush like a rose.

I joke with him now...why the other day I wakled by the 2nd bathroom (he had been there quit a while...I knocked and said..."Quit hitting one." He later came out and said he was not jerking off. Me and my girl just giggled and said...sure.

I really loved this post...I think you are a fabulous mother. I can't belive I said that to
my son...hehehe. I put the blame my girl cause she urged me to do it. She is so a trouble maker but I like that about her.

I remember telling my son he could come to me whenever he had any questions he never did and none of the others have either but then its only the eldest and third who have any interest in girls. DA has been with his girl 4+yrs now. when my phone broke and I was looking for a replacement I used his old phone.......ahem some of the text on there were quite near the knuckle.....I am in no doubts what so ever that my boy is no virgin.

He thinks it is terrible that his mother may need a sex life yet he has no problem with me writing erotica (he even thinks it is a good idea but he wont get me any mens mags for research.....cos he cant reach the top shelf either)

Good Friday morning to you, Nitebyrd.

It's hard to know our babies are really adults, doing all the things independent adults do.

Definitely t.m.i. when it comes to your own offspring :)

Oh the joys of rearing boys!

Mine little guy is only 8 but I'm sure I'll have my fair share of things you can't unknow, or unsee!

"And the Truth shall set you free!"

(Free to run screaming into the wilderness in search of whatever shreds of sanity preceded you there.)

Wonderfully done! I thank you for, yet another dose of "life as it really is." You, Dear NiteByrd, are a joy.

I do love You!

I've tagged you! I suspect your answers will be as entertaining as ever!

LMAO! So far I've been fortunate enough to avoid that discovery, but I'm sure it goes on.

Thanks everyone! I figure it's my duty to pass on what it's like to have teenagers and beyond. Those babies you bring home look so freakin' cute and harmless; until they start growing up. Some of the things they do will scare the bejesus out of you! And ... AND ... always when you ask them why they did, bought, touched, crashed, destroyed, drank, smoked, inhaled,ate, cut, drew, painted, dyed, broke, ripped, whatever - the answer is, "I don't know." Seriously, you think of all kinds of painful deaths to inflict on them in a nanosecond when you're given that response.

Then again, there are times when they make you laugh and do something utterly brilliant. Not many, but a few.

Trust me, you LIVE for those times.