I've said in the past that I HATE to quilt. Well, I lied!  A very prolific quilter told me about this stuff called 505. It's sticky spray that is designed for fabric and eliminates the need for basting. Spray it on, slap the quilt top, batting & back together and VOILA! your quilt is ready to quilt!

Since I tend to buy fabric with no clear idea of what I'm going to do with it, quilting makes sense.  I've got lots 'o fabric stashed away and like an addict, I always buying more.  When I saw this Hitchcock and blood spatter fabric, I knew I had to make a quilt.  I'm never going to be a quilter that sews small pieces into gorgeous patterns - I'm more in-your-face.

Now y'all know why I haven't been around lately. 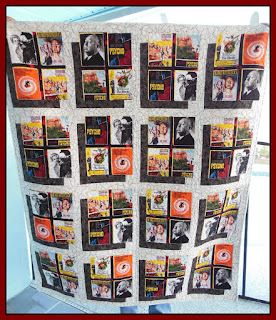 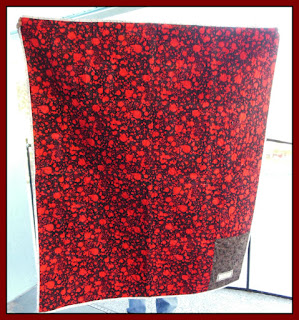 Mulder and I did attend the Walker Stalker Convention in Orlando this weekend.  I'll be posting about that soon!

Created by the warped mind of nitebyrd at 2:24 PM 9 blew out from under the bed Links to this post 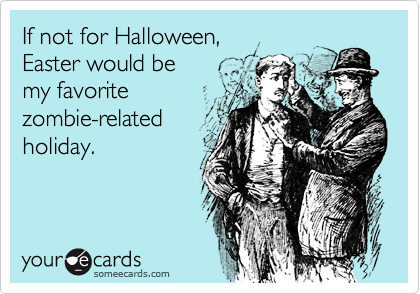 Created by the warped mind of nitebyrd at 11:04 AM 1 blew out from under the bed Links to this post

What Is The World Coming To?


I didn’t watch the Grammys. (Hello! Premier of The Walking Dead!) I actually haven’t watched the Grammy awards since they decided that Rock ‘N Roll died. (Yeah, I know. AC/DC opened the show. BFD. They threw us Rockers a bone.) In spite of sounding like an old fart – hip-hop, rap, pop, etc. aren’t genres that I like, nor want to listen to it.  I like Rock ‘N Roll.  Hard rock, heavy metal, folk rock – whatever, if it’s Rock, I like it. Not having a Rock station, on free radio, in my area since 2011 makes finding and hearing new Rock a bit difficult, though.

Having said that, you would think that perhaps I live under a rock when it comes to knowing what’s going on in the music world in general.  Perhaps I do because when it comes to naming one Kanye West song, I couldn’t even if you put a gun to my head.  However, … it appears as if someone has named Mr. West  THE ALL POWERFUL EMPEROR AND CZAR OF ALL MUSIC IN THE UNIVERSE, when I wasn’t looking.


I know of Kanye West, just like I know about his wife because every damn time they do something asinine, it’s all over the news (National fucking News!!!) like white on rice.

As I’ve said, I don’t know the man’s music.  I don’t care to know about it.  If you are a fan, that’s fine by me but this self-aggrandizing piece of human detritus needs to back the fuck up!  What gives him the right to criticize another musician’s work and/or talent?  In my un-expert opinion, he makes himself appear unintelligent, classless and just plain ignorant.  Is he well respected in the music industry?  Anyone know?  I can’t imagine that true musicians would give this man even an iota of credit for anything other than marrying into a family that will keep his sorry ass in the spotlight for the foreseeable future.


I believe this was the second time Mr. West has requested that another artist renounce their, I’m sure well deserved award, and turn it over to Beyonce.  Really!?! Isn’t Beyonce humiliated by this? I mean, she appears to be doing just fine without whatever award(s) she lost.  Were I Beyonce, I’d be crawling under my seat with shame.  Jesus H. Christ!


Okay. Enough.  Sunday was tragic enough without adding the pitiful Kanye West into the mix.  Nickelback wasn’t even nominated for a Grammy. (*sob*) Tyreese got bit by Noah’s zombie brother, got his arm cut off my Michonne but DIED anyway in the most heart-wrenching death since Andrea died.  (*long, snotty, loud crying*)


They’re killing off well loved characters left and right on TWD lately.  I wonder if they might cast ole’ Kanye as zombie bait in the future.  Ah! One can only dream!

Created by the warped mind of nitebyrd at 9:49 PM 8 blew out from under the bed Links to this post

Are y'all as disgusted as I am that advertisements are using talking loogies to promote their product?  Talking cartoon roaches getting murdered seems mild by comparison now.  I really have no words.

Created by the warped mind of nitebyrd at 9:38 PM 2 blew out from under the bed Links to this post

We will open the book. Its pages are blank. We are going to put words on them ourselves. The book is called Opportunity and its first chapter is New Year's Day.

Let's make this one a GREAT one, okay?
Created by the warped mind of nitebyrd at 12:01 AM 4 blew out from under the bed Links to this post

Labels: holiday, May 2015 be the best year ever, New Year 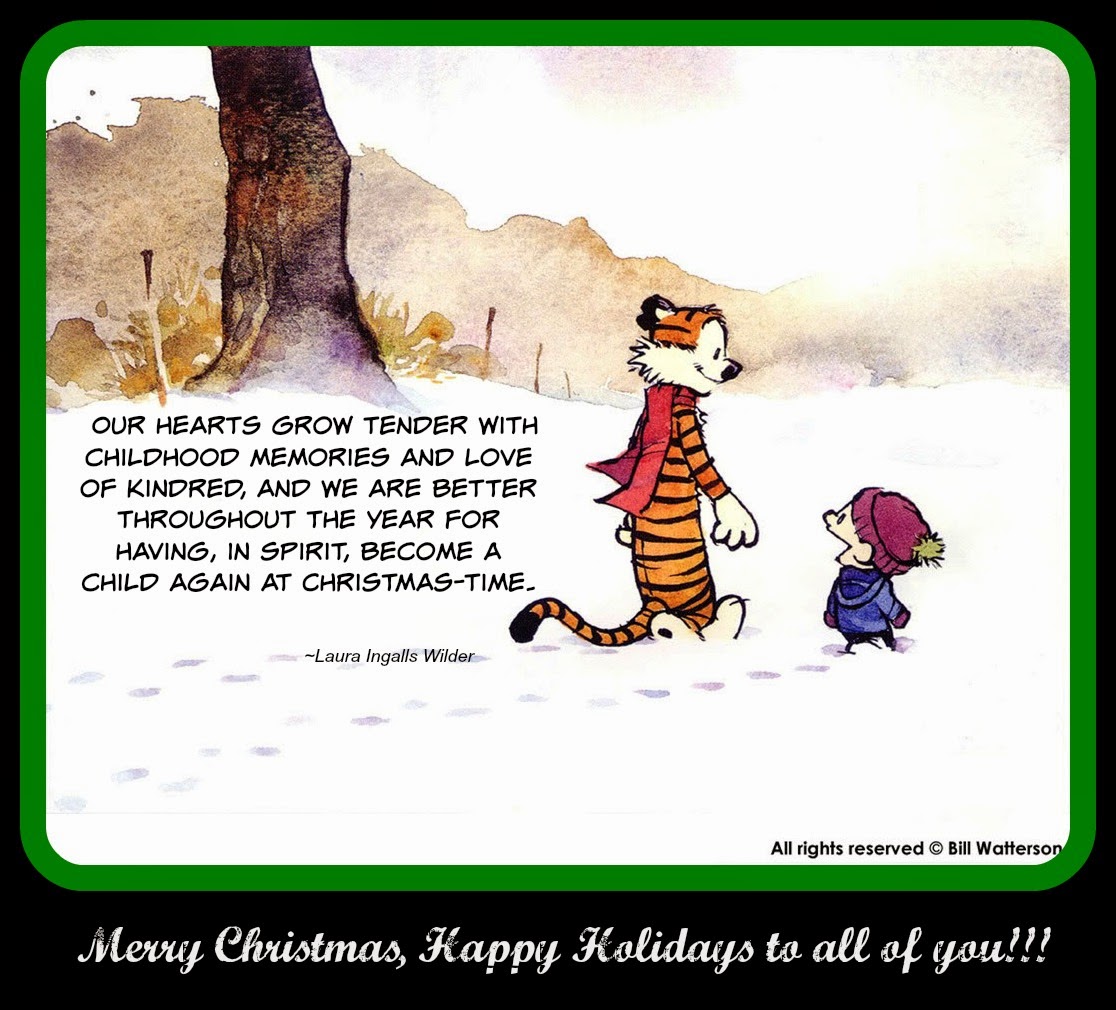 Wishing each and every one of you Peace, Happiness, Love and Good Health!  Have a wonderful holiday!

Created by the warped mind of nitebyrd at 12:00 AM 4 blew out from under the bed Links to this post 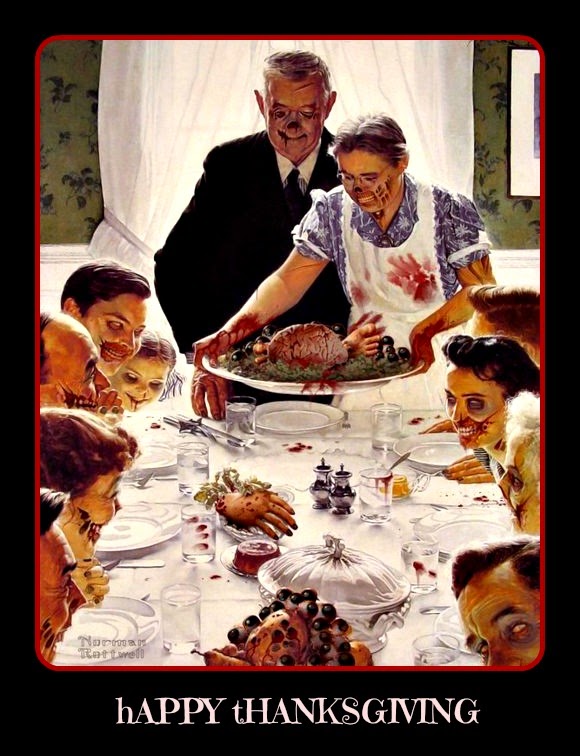 Created by the warped mind of nitebyrd at 12:01 AM 3 blew out from under the bed Links to this post

Recently, my daughter and I attended a book signing by our favorite author in Orlando. 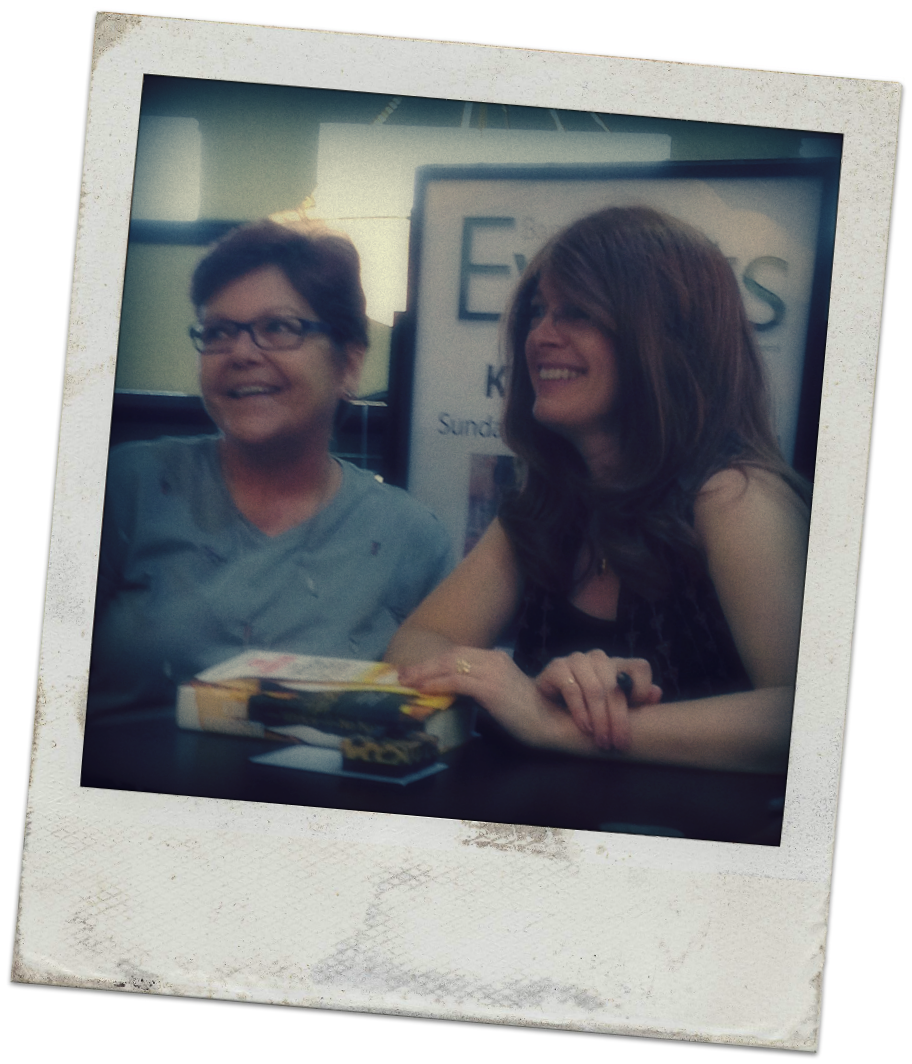 Kim Harrison has written The Hollows Series.  Thirteen books about witches, demons, vampires, werewolves, elves and pixies or as the friend who introduced me to the series said, “A gay man’s fantasy!”  I got my daughter hooked on them and she wanted more than anything to attend a signing by Ms. Harrison.

Since we decided to go up a day early and spend the night, we had some free time in O-Town.  We hadn’t won the lottery so we didn’t go to any of the theme parks.  We were going to go shop and eat in nearby Winter Park but saw a brochure for The CSI Experience and went there instead. 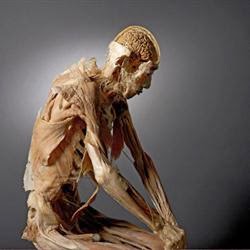 These bodies are sliced, peeled, cut, diced, etc. to allow you to see what’s under the skin.  The preservation method is incredible.  My daughter was horrified to realize that even the body hair was intact.  She was a wee bit freaked by the perfectly preserved pubic hair!
The CSI Experience was fun.  It’s geared more to children-tweens, I think but it was worth the admission price and we spent less than if we had gone shopping!  If you’re heading to Orlando and want something more than The Mouse, give The CSI Experience a look.  Definitely go if The Body exhibit is still there. 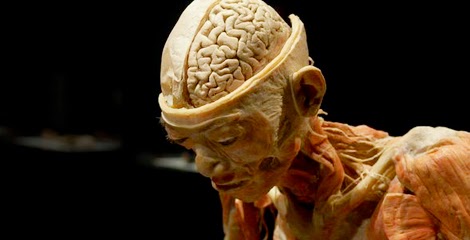 Kim Harrison was lovely.  She’s funny, smart and her husband is hysterical.  She seems like a good person – not letting fame get to her.  My daughter was thrilled being able to take pictures with her and I was able to help out another fan by emailing her the pictures I took of the group shots.  Ms. Harrison is having a new series published very soon.  It won’t have any paranormal elements but sounds like it’s going to be interesting.  I like her writing style and will most definitely be pre-ordering!
Overall, my daughter and I had a great “girl’s weekend” even with the trauma of preserved pubes!

Created by the warped mind of nitebyrd at 9:48 AM 6 blew out from under the bed Links to this post