Here are the rules:
1. Mention the person (or people) who tagged you. I got this from DJ Kirkby

2. Complete the lists of 8s.
3. Tag 8 other bloggers and let them know they have been tagged. 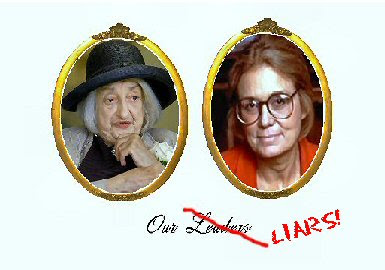 Ladies, in my opinion, we have been sold a bill of goods, a pig in the poke, the Brooklyn Bridge. Feminism, Woman’s Rights – blah, blah, blah, is a huge crock of shit.

I know you’re probably totally shocked at this notion. Initially, I was too. However, after 3 or 4 gin & tonics the whole devious plot became crystal clear.

Picture this – some well-heeled guys in a “Men’s Club” a la Randolph and Mortimer Duke in “Trading Places”. They’re all comfy in big leather chairs drinking single malt Scotch, smoking Cuban cigars, back in the mid- 1960’s.

Guy 1: You know, this birth control pill is going to let women slut around like we do.

Guy 2: Yeah, next thing you know they’ll be wanting our jobs.

Guy 3: Well, you know during WWII, the women did take our jobs and some of them really liked it.

Guy 2: Shit! We gave ‘em voting rights and now they want everything!

Guy 1: (Thoughtfully) They liked working and taking care of children and the house? I wonder if there is some way we could get ‘em to do everything all the time?

Guys 2&3: WHAT!?! Why the hell would anyone want to do all that, all the time? That’s just crazy talk. Plus, women can’t do “real” work like men.

Guy 1: But what if we could make them think that they could do it all? We MARKET the whole idea really well, present it in a great package, appeal to their minds and reinforce it constantly? Think about it, wives and girlfriends are out working, trying to reach the top of their chosen professions because we told them they could, they come home to take care of the house and kids, we get ‘em to keep in shape on top of it all, they’ll be so damn busy all the time that they’ll leave us alone and we can do whatever we want!

Guy 2: It could work but I think we’d have to make some token efforts to “help.”

Guy 3: Yeah, but we’ll be so “inept” that we’ll try really hard *snigger* but screw things up so badly that they’ll end up doing it themselves.

And this is how the most nefarious plot in history began.

Oh!, yes, my sisters. The majority of us got sucked in to some extent. There are those that definitely managed to achieve the status of “Super Woman.” The rest of us just were fooled into believing that we could do it.

The TV show “Wonder Woman” gave us a great visual and we thought, “I can be that woman!” We played right into the hands of the men by watching “That Girl” and “The Mary Tyler Moore Show.” Those shows led us to believe that working, taking care of business and dating was madcap fun. Those “guys” gave us wings – on our mini-pads, pantyhose, mini-skirts, plastic applicators and go-go boots. And even our own cigarettes! We were intoxicated with the power and if that wasn’t enough, they bestowed us with two idols for us to worship – Betty Friedan and Gloria Steinem!

In my vision of how life is, these two weren’t goddesses because they were actually, … (wait for it …) … MEN! Yes. Men. Groomed to head the revolution by men, for men, they were false prophets in drag. Take a long look at them. Men, I tell you, MEN!. “Ms.” Friedan and Steinem preached that we were powerful, strong and smart. Didn’t we know that already? We’re strong enough to carry a human being in our bodies, powerful enough to push it out of a very tiny opening and then magically produce food to nourish this offspring and smart enough (well, most of us) not to do it again! That’s what the birth control pill was for. (That and so we could slut around like men (before HIV/AIDS and crazy STD’s) because, dammit, we like fucking, too! )

Instead of using our keen wits to keep as much free time to ourselves as possible, like lemmings, we followed the preaching of these two charlatans. We really gave up our power to persuade, our talent for guile, to become “Super Woman.” We didn’t even get the cool bullet deflecting bracelets or that nifty lasso, did we? Nope. Most of us didn’t get Lynda Carter’s killer boobs, either. (I have another theory about bras and boobs, but I’ll save it for another time.)

What we got was the shaft. Peter Steele’s shaft would’ve been nice but, NO! We all toddled into a bottomless shaft of careers, being wives/mothers, jobs, teacher, driver, entertainment chairwoman, CEO, CFO, negotiator, chief cook and bottle washer. Butcher, baker …

Men were joyous! They could forgo all decision making. When there was a fuck-up, they could blame women. They could slack off with work because we were, “bringing home the bacon and frying it up in a pan.” Of course something important would come up for then when it was time to drive to dance rehearsal or the dentist or stay home if the kids were sick. Remember, WOMEN CAN DO AND HAVE IT ALL!

So, can we have/do/be all? Apparently not. A brilliant woman spoke on TV the other day verifying my hypothesis. I didn’t get to watch the whole segment because I had to do some dishes, walk the dogs, fold laundry and clean the cat box before I went to work. The gist of it is that thirty-something years ago when all this malarkey about being the willing, the knowing able to accomplish the impossible with nothing crap got started we were too brainwashed to realize that all we were going to get was exhausted, frustrated and angry. And we’d be hungry. Hungry because all the while we were changing the world, we still had to look gorgeous and be able to do it all day, everyday in fuck-me-pumps. (Hello? Manolo Blahnik, Jimmy Choo, Steve Madden – MEN!)

I do realize that some women have been able to become the Betty Friedan/Gloria Steinem ideal. Good for them. Me, I’m a total failure at it. I suck at multi-tasking. I never wanted to be in charge of anything or anyone. I wanted to be an artist. Yes, I know that I made my own decisions. I had free will and all that crap. Nevertheless, I think things should have been left alone. Since everyone (pretty much) has free will, the women that wanted to could have fought the good fight and the ones that liked the men bringing home the money, mowing the lawn, playing golf, coulda just stayed home to look after the children, go to yoga, fuck the pool boy, and bake cookies. You know, the Donna Reed woman. I should have just kept my intelligence and abilities under wraps. I should have only let them out in small measure. On the other hand, I could have just been very selfish and done it all, been it all only for me. *I* know *I* would have appreciated me!

One of my nightmares is seeing Gloria and perhaps Janeane Garofalo (since dear Betty is gone. Hopefully to a suitable “reward”) sitting in leather chairs, drinking Scotch. Gloria is scratching her junk and they are both laughing as discuss the change they hath wrought. Bitches!

Since change is the only constant in life, I think that I’ll use what brains and life force I have left to engage my brilliance, ingenuity and passion to figure out a way to settle the score – a way to have it all but have it MY way! I know I’ll do it because, after all, I am a woman...

And I’ve got gin!

Created by the warped mind of nitebyrd at 2:53 PM 20 blew out from under the bed Links to this post