Life can change in a instant!

To be continued ...
Created by the warped mind of nitebyrd at 10:04 AM 11 blew out from under the bed

Last Thursday, I had the privilege of attending a private screening of  BOX OF SALVATION. It is a documentary about Cheryl Nasso who overcame anorexia to become one of the top female Crossfit athletes in the world.

I've been doing Crossfit on and off for over a year.  Cheryl is one of the trainers at my "box".  She is an incredible athlete, a wonderful trainer and just an all-round good person.

With all the shit going on in my life and the world lately, I found watching this film about one woman's personal journey from the bottom of the abyss to the top of the world, very inspiring.

8th Avenue Studios is trying to get to some film festivals by raising money on Kickstarter.  I recently had someone do something very nice for me and I promised to pay it forward.  I did, thanks to some Etsy sales, by becoming a backer for Box of Salvation and by donating some money to a guide dog in training who's name is Nitebyrd. Take a look at the trailer to get an idea of who Cheryl is.  Thanks!


Tweet
Created by the warped mind of nitebyrd at 11:47 AM 5 blew out from under the bed

For The Love of Drama or Misplaced Emotions?

Saturday night Mulder and me were at the Jeff Dunham Controlled Chaos show in Sunrise. My daughter and son-in-law gave us the tickets for Christmas. If you don't know who Jeff Dunham is, watch this ~

He is absolutely astonishing and hilarious. Just take a moment to think about a ventriloquist that can fill a 21,600 seat arena. FUCK! The show was so damn funny that I was seriously afraid I'd pee myself. The man is genius. Probably more than a wee bit weird but who gives a fuck? I don't have to live with him.

About an hour into the show, I get a text alert from CBS radio notifying me that Whitney Houston has died. I felt momentary, and I mean MOMENTARY, sadness for the loss of talent and for her child. The news in no way put a damper on my enjoyment of Mr. Dunham & Co. I didn't give Whitney Houston another thought until we got back to the hotel and turned on the TV.

OHMYFUCKINGGODS!!! You would think that President Obama or Justin Bieber had been assassinated! Every damn channel had solemn talking heads, extolling the virtues and wonderment that was Whitney Houston. It was as bad as when Michael Jackson died.

I'll probably get some shit for posting the above picture. The person I stole it from on Facebook surely has. I'll also get shit for writing my feelings but I can take it. Listen, I fought with Bank of America for 3+ years and previously delivered a 10 pound baby vaginally – I'm tough as fucking nails. So bring it on. Like the picture says, our society is messed up. Why didn't David Hickman get the same kind of publicity that Whitney got? David Hickman and 4,473 other U.S. citizens were REAL heroes.

Bank of America has given us a trial modification on our mortgage. We are to pay a reduced amount for three months and a lump sum into our escrow account.  After three months, HOPEFULLY, we will be given a permanent modification.  We won't get any freebees, all overdue fees are tacked onto the end of the loan but at least it will give us some breathing room until the economy turns around.  IF the economy turns around.

I really appreciate all your good wishes, thoughts and prayers.  I don't think I could have gotten through all this the last few years without y'all.
Created by the warped mind of nitebyrd at 8:42 PM 17 blew out from under the bed Created by the warped mind of nitebyrd at 3:15 PM 7 blew out from under the bed

THANKS FOR ALL YOUR GOOD THOUGHTS, WISHES AND PRAYERS!
Created by the warped mind of nitebyrd at 8:12 AM 10 blew out from under the bed

Labels: I think we won

Poised on the Edge 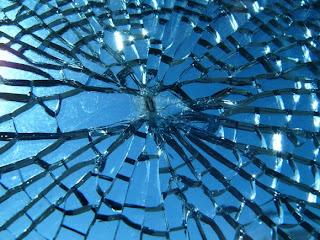 Nothing is unbreakable. Given enough stress and/or pressure, diamonds and even Lonsdaleite will shatter. The pieces cannot be put back together to create the whole ever again. There is nothing in nature so strong that it will survive endless adverse conditions. Mountains crumble, giant trees die and topple, mighty rivers cease to exist and mere people can and will fall to pieces.

On Tuesday, February 7, 2012, Satan (Bank of America) and a lesser demon (my lawyer) will determine if my family and I will be homeless or if we will keep our home.

After three years of anguish while a well intentioned business failed and another four years of being lost in the maze of financial ruin, bank torture and uncertainty, I am on the edge of the final fall into the abyss. 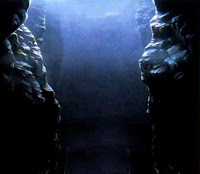 Pray for me.
Created by the warped mind of nitebyrd at 7:19 PM 16 blew out from under the bed

Labels: No one gets out of this alive
Recentes Anteriores Home
Subscribe to: Posts (Atom)