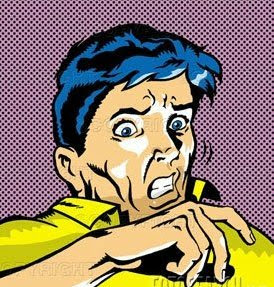 Somehow I feel like I scored a little “gotcha” for Tony as well as myself and gave him a dog/human high-5. It was a good day!
Created by the warped mind of nitebyrd at 9:28 PM 12 blew out from under the bed Links to this post 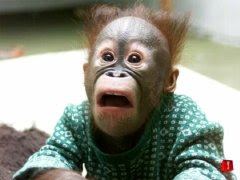 My daughter is 30 and is a breast cancer survivor. She’ll deal with it. Eventually.
Created by the warped mind of nitebyrd at 3:17 PM 16 blew out from under the bed Links to this post

Created by the warped mind of nitebyrd at 10:09 AM 7 blew out from under the bed Links to this post

I’ve been futzing with my “first date” blog recently. I’m trying to get it the way I want it. In the middle of all this writing and editing, I got sick. Remembering that several people have praised the remedial qualities of Nyquil, I immediately began self-medicating. Oh! My! God! Nyquil dreams are the BEST!

My office is filled with marriageable and/or childbearing age women. I am sick to death of bridal and/or baby showers. I tired of buying gifts. Maybe I’m just selfish but my current idea is to have a “Menopause Shower.” The shower invitations would be on heavy cream-colored stock, copperplate engraved. Gifts would naturally be required, however only expensive jewelry, fine wines and exquisite chocolates would be accepted. Guests would be formally dressed and we would dine on expertly prepared cuisine made by the hunkiest top chef we could find. A ceremonial burning of Midol and tampons would close the evening. Don’tcha just LOVE this idea?

Back to the Nyquil dreams – I dreamt that my “Menopause Shower” was happening! It was fantastic. Bare chested hunks served me and my guests’ delicious champagne and hors d’oeuvres. Then they tended to us all through dinner and beyond. I never wanted to wake up. It was orgasmic!

Sadly, I did wake up to reality. I think I cried. I’m not sure because I needed another dose of Nyquil.
Created by the warped mind of nitebyrd at 12:36 PM 9 blew out from under the bed Links to this post