What a good son!

Whenever I'm down, I just go out and get hammered with my mom. When's the last time you got wasted with your mom?

I don't really ever do that.

You've gotta be kidding me, dude. I do it all the time. Think about it -- moms need to get hammered. They never get to go out... Just take her out, get her drunk, and drop her off. It will be the time of her life. Just do it and be a good son.

From ~ Overheard In New York
Created by the warped mind of nitebyrd at 11:05 AM 16 blew out from under the bed Links to this post

"He's playing with MY toys!" 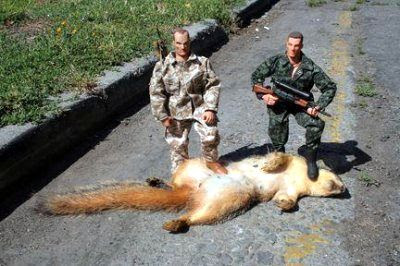 Created by the warped mind of nitebyrd at 8:55 PM 15 blew out from under the bed Links to this post

and all my blogging friends.

I'm SO not worthy! LOL

Created by the warped mind of nitebyrd at 12:00 PM 9 blew out from under the bed Links to this post


MOTIVATIONLESS by Vi's Biggest Fan is a new Australian blogger and is "Vi's" (Are You Local?) niece! I just LOVE Oz and from the look of VBF's blog so far, she is going to be a fantastic read.

Last, but not least is THE GRASS IS ALWAYS GREENER. I've known this person for a very long time. He's very, very new to thinking, talking and writing. I tell you, when he began to talk I was speechless. When he started to write, I needed CPR.

Now I know I'm not the world's foremost blogger but I hope whoever stumbles onto my blog will take the time to go and check out all these newbies. I've been reading more and more blogs lately, much to my enjoyment, so please expand your lists too!

I'm going out this weekend to have sex (Whoopee!) I'll have a new blog that actually will be worthy of the title "sex blog" on Sunday.

CYA all then!
Created by the warped mind of nitebyrd at 9:11 PM 18 blew out from under the bed Links to this post

Created by the warped mind of nitebyrd at 8:40 AM 12 blew out from under the bed Links to this post

DAMNITOL ~ Take 2 and the rest of the world can go to hell for up to 8 full hours.

EMPTYNESTROGEN ~ Suppository that eliminates melancholy and loneliness by reminding you of how awful they were as teenagers and how you couldn't wait till they moved out!

DUMBEROL ~ When taken with Peptobimbo, can cause dangerously low IQ, resulting in enjoyment of country music and pickup trucks.

FLIPITOR ~ Increases life expectancy of commuters by controlling road rage and the urge to flip off other drivers.

MENICILLIN ~ Potent anti-boy-otic for older women. Increases resistance to such lethal lines as, "You make me want to be a better person."

JACKASSPIRIN ~ Relieves headache caused by a man who can't remember your birthday, anniversary, phone number, or to lift the toilet seat.

ANTI-TALKSIDENT ~ A spray carried in a purse or wallet to be used on anyone too eager to share their life stories with total strangers in elevators.

NAGAMENT ~ When administered to a boyfriend or husband, provides the same irritation level as nagging him, without opening your mouth.
Created by the warped mind of nitebyrd at 9:44 AM 13 blew out from under the bed Links to this post

Isn't this just perfect? Hope y'all have a wonderful Valentine's Day.


I'm taking this opportunity to do some PSA's ~

Send a submission to the new blogger's book project, "You Are Not The Only One." The book sales will raise money for War Child.

Visit HERE for more details. This is a brilliant idea and will raise money for a very worthy cause.

This is a creative project that will benefit Breast Cancer Research. You can go HERE for more information.

I've sent my "squares" off. I'm amazed that I actually finished something. Maybe because these two projects are really worthwhile made me get my ass in gear and do something.

I hope y'all will get your asses in gear and do the same! I love everyone of you to bits! MMMMMWAH!

Created by the warped mind of nitebyrd at 9:42 AM 15 blew out from under the bed Links to this post

Lustus.Mihi requested that I tag two other people with this meme. I'm going to tag RACY REDHEAD and RONJAZZ.

1.) What's the largest thing you've ever put in your ass?

2.) What's the oddest object you've put inside your body(ass/pussy)?

3.) What's the most public place you've ever had sex?

4.) Are you naughtier in your head than you are in your bed?

7.) What do you think is your most sexually attractive feature ?

8.) What do other people think is your most sexually attractive feature?

9.) Do you have an instant turn-on spot on your body? If yes, where is it?

10.) Is there anything you want to do that you're too chicken to try?
Created by the warped mind of nitebyrd at 10:50 AM 6 blew out from under the bed Links to this post

"36 Seconds is an eternity for Tom Brady!"

The above quote is from the X after the New York Giants made what would be the game winning touchdown.

Why is it that football can alter the space-time continuum? To be honest, baseball does it too. However, for this story, I'll just stick to football. During a game, 36 seconds can be stretched to almost 36 hours. It's mind-boggling!

I have to admit that that last 36 seconds of the Super Bowl yesterday was agonizing. I'm not a huge sports fan but tend to like football. One of the reasons is because I live in Florida.

Florida as a state, does not offer a tremendous amount of things to be proud of. Remember we screwed up the 2004 Presidential election. We're only 90 miles from Cuba. We have a lot of elderly drivers driving into buildings, canals, each other, and innocent bystanders. Even the state itself looks like the country has erectile dysfunction. I could continue but I won't.

Probably one of our biggest sources of pride, for those of us who've lived here a long time or who were born here, is the 1972 Miami Dolphins perfect season. (See how little we have to take pride in? A football team going 17-0 36 years ago!)

Since the Miami Dolphins sucked ass this year and the New England Patriots were poised to shatter our source of pride, we Floridians looked towards the Super Bowl with a bit of sadness.

I usually only watch the Super Bowl for the commercials. (By the way, the commercials sucked as much ass as the Dolphins did this year.) I did get caught up in this game last night. The excitement came late in the game when the first glimmer of hope that the Dolphins record would hold. I actually think I had a small orgasm when Eli Manning threw that lovely pass that was caught with beauty by Plaxico Burress for the touchdown. That was when the X made the “eternity” comment and my heart sunk. The sadness and worry was for naught and I lifted a beer to the New York Giants and the Miami Dolphins.

I truly do feel badly for the New England Patriots. They played their hearts out all season and to not win the Super Bowl, after all those wins, must be the worst fucking feeling in the world. Any team that can go 18-0 is truly amazing and SHOULD have won the last, most gratifying game. Plus, Tom Brady is so damn cute! It was not to be, though.

Now, I can only hope and pray that the 2008 Miami Dolphins will break the 1972 Dolphins record. THAT would be truly orgasmic!
Created by the warped mind of nitebyrd at 8:58 AM 14 blew out from under the bed Links to this post