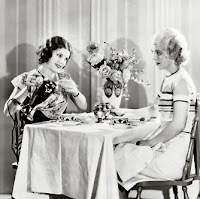 I went to lunch with an old friend the other day. I’ve known her for over twenty years.

We met at work and had a few things in common at that time. We were both married young, had a boy and girl, were from New York, and liked to sew and to do needlework. So, we got on very well. I see her for lunch about once every two months. But recently, I’ve noticed the differences we have are beginning to grow exponentially to our similarities.


She has never had any financial difficulty in her life. I don’t begrudge her this and am happy that she hasn’t nor will she experience what I have gone through in the past and am currently dealing with. She also has three grandchildren, I have none. I’m one of those oddball women that really doesn’t care much for babies and/or children. I really don’t have much to say about them and will never willingly engage random women with babies in conversation about the cuteness of their child. I also will never ask to hold a baby just because it’s there. My friend is also still married and I believe will remain so until, “death do them part.” One of our other differences is religion. She is a church going Catholic and I’m not. 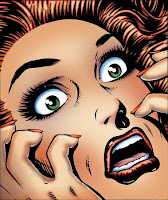 "Notoriously insensitive to subtle shifts in moods, children will persist in discussing the color of a recently sighted cement mixer long after one's interest in the topic has waned”
~ Fran Lebowitz

We also have never discussed anything about sex. Ever. I just know that my views on polyamorous relationships, sex for recreation, being submissive, aggressive sex, sex blogs, etc. would give her apoplexy. She went to church to say a novena when I became a Slumber Parties distributor. Any chatting about the qualities of vibrators, lubes and restraints is out of the question.


My friend has now found something new to talk about that not only annoys the shit out of me but actually makes me want to stick a fork in her eye. She is selling a product through a multi-level marketing company (Think, AMWAY) and has not only drunk the Kool-Aid but now makes it herself. The product is a good one, I use it myself and know that it’s good but I cannot and will not chat up total strangers, even close personal friends, about purchasing this product or becoming a “distributor.” My friend who has known me for over twenty years is totally unwilling and/or unable to get this through her fucking thick skull!

She is so brainwashed that she just won’t see that she is not going to become a millionaire selling this product. That train has left the station with the people who started selling in 30 years ago. I’ve tried politely the last couple of times I’ve met her to move the conversation past the selling, distribution, presentations for friends, etc. on to any other topic – even the grandchildren. She is tenacious as a dog with a T-bone. This last time, I became sharper with my comments regarding my desire not to speak about this. My words fell on deaf ears. It became very uncomfortable for me when she began cornering sales people in various stores and the waiter at the restaurant extolling the virtues and possible additional income of this product. It was her goal to speak to 3 people about the product during our outing. Well, who the fuck cares that I don’t want to talk about anything relating to the product or the fact that it’s a pyramid scheme?

I needed several alcoholic beverages at lunch. I love my friend but am starting to think that we’ve grown very far apart. Her agenda and lust for the possibility of untold fortunes by her single-minded devotion to this product is definitely driving a wedge through our friendship. She doesn’t respect my thoughts regarding this. I almost feel like a child that does not understand the lesson. She feels that she repeats it over and over again, I’ll suddenly agree with the brilliance of it.

This will not happen. My path is in a very different direction from hers. I’ve changed drastically from the woman I was those 20 plus years ago. I respect that she has changed as well but I’m not getting the same respect from her.

My lovely, brilliant readers give me some advice, please. I really don’t want to stick a fork in her eye next time we meet.

Created by the warped mind of nitebyrd at 6:54 PM 15 blew out from under the bed

I just love a good zombie!

My love of all things zombie sometimes brings an unexpected smile.

see more Lolcats and funny pictures
Created by the warped mind of nitebyrd at 7:49 AM 6 blew out from under the bed

Another One (Year) Bites The Dust!

In the central place of every heart there is a recording chamber. So long as it receives a message of beauty, hope, cheer, and courage - so long are you young. When the wires are all down and our heart is covered with the snow of pessimism and the ice of cynicism, then, and only then, are you grown old.

(It's my birthday today.)

Created by the warped mind of nitebyrd at 12:30 AM 27 blew out from under the bed 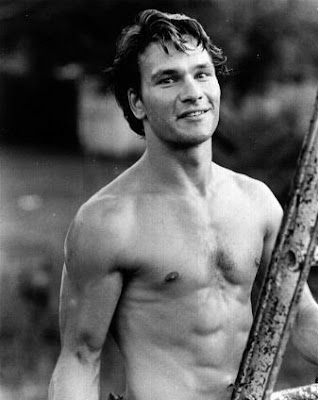 Patrick Swayze died today.
May he rest in peace.
Created by the warped mind of nitebyrd at 9:11 PM 11 blew out from under the bed 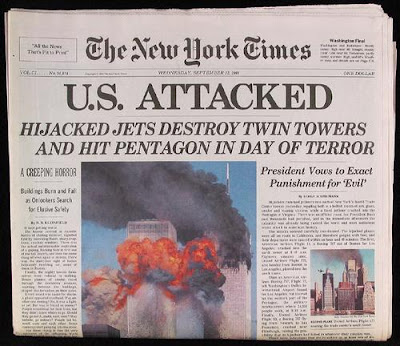 I’ve often said I’m not a politically savvy person. I have no grand plan or answers for what happened then and what might happen in the future. Americans seem to become apathetic fairly quickly. I only know that it should never, ever happen again. That is the reason we need to remember the horror, the pain, the unbelievable, the incomprehensible actions that took place on September 11, 2001.
Created by the warped mind of nitebyrd at 12:01 AM 15 blew out from under the bed