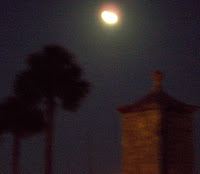 The city gate by moonlight.

I'm exhausted and sore.  We walked and walked and walked.  It was at least 137 degrees all day and all night.  It was a GREAT weekend!  We didn't see any ghosts but look at this poor bastard who was right outside the Public Cemetery.  I think he died of heat exhaustion! 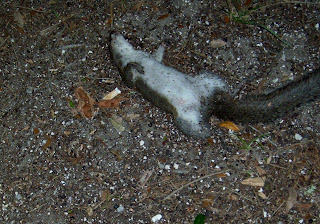 I'll post more after I get some sleep.  Y'all have a good week!
(Oh! I got published again on FORITUDE!)
Created by the warped mind of nitebyrd at 8:42 PM 17 blew out from under the bed

I'm off to St. Augustine with my daughter for the weekend.  I'm going to see a friend I met online through the old AOL Nickelback message board.  Wild and her daughter, Wilder will be meeting up with us somewhere on St. George Street for a bit of mayhem tomorrow.  My daughter and I will be doing a walking ghost tour tomorrow night.  St. Augustine is one of my favorite spots in Florida.  Cya Monday! 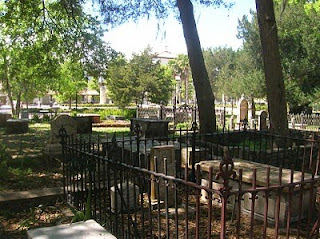 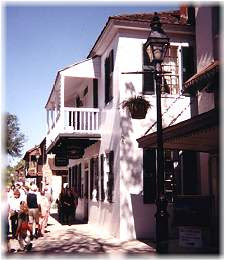 Created by the warped mind of nitebyrd at 9:34 AM 13 blew out from under the bed

Since I love to read, I read all sorts of books, magazines, news articles and blogs. When I’m choosing books, I tend to go for fiction but I’m not adverse to history, biographies and autobiographies. True crime, horror and mystery stories are favorites. I like to read blogs, too. I enjoy all my devilishly sexy sex bloggers but I also enjoy humor blogs, crafting blogs and the occasional “mommy” blog.

I delight in reading mommy blogs because most of the children written about are pre-adolescent. While young children can, give you problems and worries, they are really minor compared to children in puberty and beyond. When the mommy bloggers start to whine about Little Johnny not sleeping through the night or Little Betsy falling behind at her Montessori school because she’s can’t count to 11 in Swahili, I giggle and guffaw with total abandon. I also have another beer because I’m so freakin’ happy I’ll never, ever have to go through raising children again. What these unaware mothers don’t know is that when Little Johnny and Betsy get to around age 13, they are going to transform into something unrecognizable as human. Some weird chemical reaction between sprouting pubes and the brain causes your cute little boy or girl to become a monster.

It was when my daughter turned 13 and then eight years later when my son turned 13, that my love of horror novels formed a seed of an idea in my head. It had been slowing growing then when I discovered “mommy” blogs and began reading the “Twilight” series, the seed really grew. Are you ready for this, readers? Bram Stoker had a teenager. Yup, the father of all vampires had a teenager. His son’s name was Irving... Bram knew the agony of adolescence and turned it into a book. The man made money off of his son. I knew he was brilliant but never realized how brilliant. It’s a rare parent that can make money off a teenager. Anyone who has or had a teenager knows they are actually a black hole into which you throw money. Irving was born in 1879. Bram published "Dracula" in 1897; Irving was turning 18 that year. Father Stoker had survived through almost all his son's teenage years and used that information to write a book that although fiction was based in fact. Brilliant!

Nothing sucks the life out of you like a teenager. They are moody, angsty, pains in the neck (or ass, depending on where you like to get bitten.) One minute you see your bright youngster on the verge of adulthood, happy and getting A’s in all their classes at school. You have visions of standing on the podium with him/her as they take the Oath of Office. Blink you eyes and you see before you a drooling troll that you just know will be on the FBI’s 10 Most Wanted list soon.

They are hungry. No, they are RAVENOUS! If it’s not moving quickly, it gets eaten. Having a full working farm and/or owning a grocery store helps if you have a teenager. They can eat 24/7 and not gain an ounce. Of course, my readers, we know THAT won’t last but it brings me to my next point – They are omniscient. They know absolutely EVERYTHING! They have no shame and will point out at every available instance how pitiful your life experience is to theirs. You have absolutely no idea what it’s like out in the world. Their incredible brainpower can’t comprehend how you actually made it to adulthood and are incredulous at the fact that two such disappointing specimens managed to create such a marvel as them. They can make you bat-shit crazy, over and over and over until you start to feel like Renfield.

They think they are immortal. Teenagers not only push the envelope but they rip it off, chew it up and spit it out. They will do things that any reasonable human being knows are potentially dangerous, even deadly, with no thought other than that it might be fun. Jumping off a cliff into an unknown depth of water below- absolutely! Driving a car at 100 plus miles an hour because the road was straight, up until it curved – you betcha! Trying a drug because it’s there – bring it on!

They are creatures of the night. Like vampires, teenagers seem to come to life after the sun goes down. They prowl about in the dark looking for food or entertainment. Many times the two things can be the same. They also sleep like the dead when the sun is up. Don’t believe me? Try waking a teenager up for school.  When they do venture out of their coffin-like rooms while the sun is up, they look pale and red-eyed.  Probably from being up all night eating and staring at computer screens.  Bram's kid didn't have a computer so his vampire look would come from trying to read Victorian porn by candlelight I'm guessing. 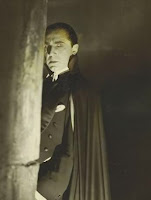 They are evil. Listen in on a teenage girl talking about her “friends” or about the boy that dumped her. Hell hath no fury like a burned teenage girl. Ditched, dumped, dissed teenagers - male or female, are savages.  They'll rip someone apart like a pack of starving hyenas and then casually pick their teeth with your broken bones.  They also tend to treat others, parents, teachers, others in authority as so many minions.  Until such time as the minions bitch-slap them for being so fucking insolent. Then they retreat into themselves plotting revenge.

Bram Stoker observed all this and realized that teenagers and the mythical vampire were almost identical. He wrote it down added some embellishment, smoothed out the rough edges and Bob’s your uncle – had himself a bestseller! Well, that’s my theory, anyway.

Bram’s Dracula wasn’t particularly romantic. He certainly didn't "sparkle". Parents of teenagers know that they NEVER "sparkle".  Bram was spot on with his interpretation of the teenager/vampire.  Dark, brooding, moody, mercurial, life-sucking.  The more modern versions are sexy, romantic, have feelings and are all young. I’m thinking that’s because the authors don’t have teenagers.

Hi! I slapped a band-aid on it and feel somewhat better. Thanks everyone for your comments and concern. This too shall pass ... I hope!

Enjoy this video 'cause it sure made me laugh!

Created by the warped mind of nitebyrd at 9:58 PM 6 blew out from under the bed 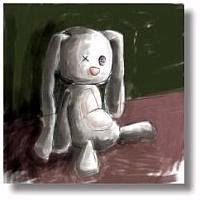 Main Entry: bro·ken
Pronunciation: \ˈbrō-kən\
Function: adjective
Etymology: Middle English, from Old English brocen, from past participle of brecan to break
Date: 13th century
1 : violently separated into parts :  shattered
2 : damaged or altered by breaking: as a : having undergone or been subjected to fracture b of land surfaces : being irregular, interrupted, or full of obstacles c : violated by transgression d : discontinuous e : disrupted by change f of a tulip flower : having an irregular, streaked, or blotched pattern especially from virus infection
3 a : made weak or infirm b : subdued completely : crushed, sorrowful c : bankrupt d : reduced in rank
4 a : cut off : disconnected b : imperfectly spoken or written
5 : not complete or full

Created by the warped mind of nitebyrd at 9:01 PM 13 blew out from under the bed 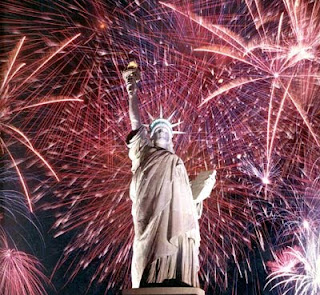 Those who deny freedom to others deserve it not for themselves.
~Abraham Lincoln

You have to love a nation that celebrates its independence every July 4, not with a parade of guns, tanks, and soldiers who file by the White House in a show of strength and muscle, but with family picnics where kids throw Frisbees, the potato salad gets iffy, and the flies die from happiness.  You may think you have overeaten, but it is patriotism.
~Erma Bombeck
Created by the warped mind of nitebyrd at 12:01 AM 8 blew out from under the bed