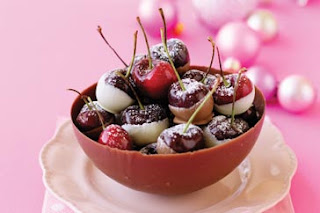 
A very close friend sent this to me awhile ago. I figured after last week it was time for some fun!
Created by the warped mind of nitebyrd at 8:06 PM

Ok...it's doesn't get any better than THIS!!

They go so WELL together, don't ya think?

Thanks for the sweet treats!

I should not have read this right before lunch! ;)

Ooer missus all that chocolate and sex broke me out in a sweat! ;)

The chocolate cocks..
now I know more than a few who would LOVE to take a BITE out of those...
~cheeky grin~
thanks for the chuckles!

They all look LUSH, esp those cherries!

Mmmmmm.... all very yummy! Have to go buy some chocolate now and summon hubs to the bedroom. Sex AND chocolate. He's a lucky guy. ;O

um...sex and chocolates...yum. I'm not allowed to eat sweets/candy...but in this case...I' guess a nibble or two wouldn't hurt me. hehehe

Good Thursday to you Nitebyrd !

I rather liked the shape of the toffee nugget :) But I'd have to suck on them very slowly....

I didn't know chocolate could get any better! But it does!