History of A Dust Bunny, Part I 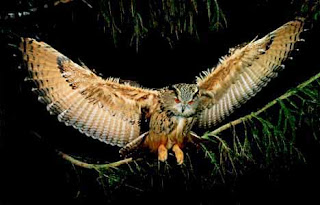 There are reasons behind the non de plumes I’ve chosen. Although there are two specific reasons for the name, nitebyrd, one of them is basically the same for Dust Bunny.

I’ve been using nitebyrd for several years on many different message boards and as a screen name. My initial inspiration for the name was Alison Steele the original Night Bird. She was a disc jockey for WNEW in New York during the ‘60’s and ‘70’s when FM stations were new and cutting edge. Alison was beautiful. She definitely didn’t have a face for radio. And she was a WOMAN, playing rock & roll. Alison was my very first girl crush. I can still hear her voice in my head, opening her show ~

“The flutter of wings, the shadow across the moon, the sounds of the night, as the Night Bird spreads her wings and soars, above the earth, into another level of comprehension, where we exist only to feel. Come, fly with me, Alison Steele, the Night Bird, at WNEW-FM, until dawn.”

The second reason for nitebyrd is that a night bird is something your don’t see all the time. Night birds are stealthy and usually hidden. You can hear them but rarely see them and when you do, they aren’t clear. They are shadowy and secretive. Night birds are virtually invisible. 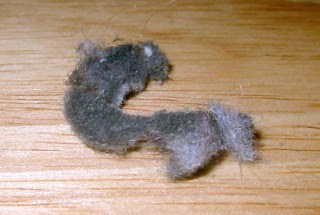 Dust bunnies are everywhere but are also usually hidden. Invisible. Insignificant. But dust bunnies are made up of many things, they are complex. However no one really ever thinks of what makes up a dust bunny and most people will not seek a dust bunny out. They are ignored, forgotten and left alone. Unless company is coming then they are sought out and tossed away. Dust bunnies always come back, they’re survivors. They survive by being insignificant, quiet, out of the way and invisible most of the time.

So, my dear readers and friends, are you sensing some of what and why a Dust Bunny in the Wind is?
Created by the warped mind of nitebyrd at 9:55 PM

26 blew out from under the bed:

you mysterious creature you

I too remember hearing Alison Steele's voice on the air waves. And as soon as you quoted her...I could actually hear her

That is so cool!

Hey, thank you for sharing this insight into what a Dust Bunny in the Wind is...

I know that we all see ourselves in a certain light (myself included) but from someone on the outside looking in...from the very first time I came to this blog...I've sensed the energy of a bright and very "significant" dust bunny.

i don't know where your going, but I see who you have been.
Quiet strength
safely hidden
please continue...!

My main direction is being invisible and/or insignificant. Both of which I feel I am, most of the time. By choice and circumstance.

you will never be insignificant

Hi bunny. I don't knoww her...dang! Her name sounds so familiar though.

I have my very own radio celeb friend. We work out at the gym on Wednesdays and Fridays usually. She is naturally beautiful and she rocks.

I like your name...I thought it to be so unigue. This is cool stuff you've shared with us. :D

Wow, thats pretty cool history to our name! I love it!

Hi I just wandered into your blog while browing around and I'm intriqued.

Very interesting Nitebyrd.
I have wondered how other blogger types came up with their cyber names.
Mine just describes what I am when I am at my most natural!!

LMAO I found some of your dust bunnies in Hubbys belly button last night! *GiGGLeS* The cheeky little shits! :-) xx

Kinda like u have your very own secret when there is hidden meaning behind the name ...

You are sparking my curiosity, everywhere-and-yet-invisible one :)

Invisible, only when you want to be.

You just keep being you and the rest will fall into play. Maybe not as soon as you would like but it will happen.

Good Heavens, I shall never hoover up the fluff from under my bed with such disregard again :)

I love both the names you use, and don't consider you insignificant in the least! But can understand that you want to appear insignificant in some of your personas. Its a useful tool for hiding what you don't want some of the world to see!

I am, My Darling NiteByrd, so glad that I responded to your "comment" on my blog before coming to this post on yours. For, My Soul Companion, I believe you will see demonstrated a truthful reflection of how very Significant you are in my esteem and in my affections. You have, in a very short while, become a treasured part of who I am. And I insist that You never vex my Spirit by being "invisible" to me. For, Dearest One, I want to sit beside you when company is present ... walk with you down the lanes of life ... and laugh with you at the transient silliness of life's passing distractions. In a word ... I Love You!

Alison Steele. Good lord I remember her. WNEW was THE best radio station, maybe ever. Now we listen to WFUV in NY and some of those old WNEW timers are still there. Dennis Elsas, Vin Scelsa, Pete Fornatale. Any of those names ring a bell? It's just great to hear their voices.

Thanks for the memories, Ms. Bunny. Insignificant you are not. Ever.

Spiky ~ Alison was WAY before your time. I have a WAV file of her intro and will try to post it. The audio is awful though. I like to share. ;)

Vi ~ Yeah. Thanks. Most people think I just like to stay up late and that I don't ever clean. LOL

Kathy ~ Welcome. Thanks for stopping by.

Racy ~ Your name suits you perfectly! I love your "cliff hanger" stories that leave me panting for more.

Giggle! ~ I have no fucking idea where your comment went! Oh, that's way too much info about your hubby, BTW!

Ms LnP ~ I'm not very secretive. I can keep a secret but don't have to many of my own.

Mulder ~ From your fingers to the God's ears.

Cake ~ Think of all the silent screams coming from that Hoover bag! "Help Me!" "Help Me!" LOL

Jackie ~ What the world sees isn't the real me.

john-michael ~ You are such a dear man. (((hugs))) Even in the depths of my abyss I find humor.

Eve ~ I remember Vin. WNEW did set the standard. Most stations today could take lessons from them. They should look up the old shows. Alison and Linda Ellerbee were and still are my female idols.
Thanks, hun.

God! Alison Steele! WNEW for the good stuff, WABC and Cousin Brucie for the bubblegum.

Dust bunnies ...have you ever read Jayne Castle ? Her books have dust bunny characters. They're not insignificant, either.

I'll look into Jayne Castle because anyone who writes about dust bunnies needs to be read! Thanks!

Believe it or not, Cousin Brucie is still around - I nearly crashed the car when I heard him on Sirius.

No shit! He must be in his '80's! I also remembered Dandy Dan Daniel! Gods, my brain hurts. There is a WNEW Memorial MySpace page. Hearing those voices again brought back so many memories. Even of Geraldo Rivera @ Willowbrook, Roger Grimsby & Bill Butell, Sonny Fox - "Wonderama" and Soupy Sales! Goddamn! I'm old. LOL

Holy crap, nitebyrd! I haven't heard those names in years...and you're not old (that would mean I am, too), you're vintage.

You know, its funny, cos since your very first comment on my blog, I have felt guilty for even considering vacuuming up the dust bunnies throughout my house!!

No worries, vacuum them up. They don't scream too loudly!