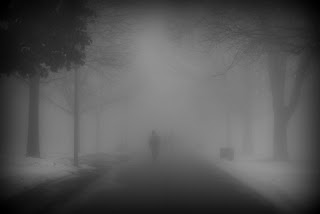 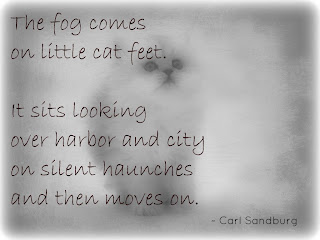 Please note ~ I'm not writing about my battle with clinical depression for sympathy.  I'm writing because I hope that if you live with and/or know someone who is waging the same fight, my story will give you some insight in how to deal with them.  Pity and sympathy don't do a fiddler's fuck for anyone who is depressed.  Knowledge, understanding and education is what the person needs.  Learn about depression. Understand that it is, "not in their head" - OH! Hell, yeah!,  It effects the brain but it's not "made-up".  This is part one of maybe three parts, maybe more.
Created by the warped mind of nitebyrd at 2:34 PM

It appears we have the same family motto! I do have sympathy for you because it's tough and lots of people don't understand. My dad used to say If you're depressed just bloody get over it! Until HE was hit by it and realized how awful it is. xx

Thank you for sharing your experiences with depression.
I have been through it a couple of times myself and took a depression medication many years ago.

You're right, it's not about wanting sympathy.
There are different causes, symptoms and treatments, so it can be a long process to figure out what will work best for each person dealing with it. Understanding and education, as you said, are some things that the person going through it needs.

I was moved by your honesty and while I have never suffered from severe depression, I do understand the family motto. We want people to think we are okay, regardless of what is going on inside.

I wish I had answers. I don't. I can only tell you that there was one day when I was so down, I considered driving into a large tree I saw coming towards me and the only thing that stopped me was the thought of my kids.. living without me and me without them. I drove to church instead and sat and found some peace in just staring at the crucifix. It has since been my place when life takes over.

I look forward to reading more and thank you for all of your honesty.

Been there. Still have to be aware of when it might sneak around. It's a bit like being an alcoholic... you are always aware of it, but you know that if you bend just a bit, it will suddenly be in you.

Loved your disclaimer! Especially the whole fiddlers fuck part.
I hate how it makes the whole world grey, all food is bland and all activities equal to reading the dictionary in a different language.
Depression took 10 years from me. A decade lost to the dark haze that I cant ever get back. You are right No one knows what it feels like unless they have been there.

In the rat race that has become our world,
I often think that the motto has become " pay no attention to that man behind the curtain"
When so many of us are Mad
pissed
or just would rather sleep all day...
let us pretend that we are not here..
Ahh Nitebyrd,
You are a beautiful soul..
and thank you
for sharing the vulnerable
and the real...

I've suffered from depression since I was a child. Of course, no one knew what it was until I was much older. As they say, hindsight is 20/20. Besides I had a schizophrenic mother and grandmother and a bi-polar sister going on at the same time, so depression was small game at our house - far down the priority list of problems.

It's funny, but I've always described the recurring bouts as "coming on cat's feet" too. It seems the perfect metaphor for how it quietly glides in and out.

In the past few years I've developed some significant cognitive problems and after seeing a dozen doctors the neuro-psychologist thinks it is related to the depression. I'm currently going through readjustment of my meds to see if we can get a better handle on things, but changing meds is always a iffy proposition so for the next few moths no tiny cat's feet - just lots of elephants tramping through.

Nothing else to do for the time being is be patient, recognize my limitations, and continue therapy.

And if one more person tells me their cousin's best friend's grandma took St. John's Wart will make it all go away, I'll go all elephant stampede on them:-)

Thanks for writing, it's always good to know the boat isn't empty and all of us struggle with it, even those of us with it at least moderately under control.

Depression sucks, but it is part of who we are. Just don't make it all you are.

Thanks for sharing your story. I have never suffered from depression, but I do have bad anxiety. I've passed out from panic attacks in several embarrassingly public places.

Trixie ~ Thanks for stopping by. People that don't understand depression cannot imagine why those that have it can't "fix it". I'm sorry your father had to learn about depression first hand. Strangely enough, I find that those who suffer from depression tend to be more open-minded about everything. We may not know the feeling but we seem to be more understanding.

CrystalChick ~ You're most welcome! Nice to see you. :) I hesitated to start writing because I don't want people to think I'm just a whiny old bag. But the one thing I've learned about blogging is that bloggers/blog readers tend to be more rational and accepting. New medication is one reason I've been able to clear a path through my twisted thoughts.

flying solo ~ Thank you, hun. I've never seriously considered suicide. That's a good thing! When I'm at my darkest, I think about running away. Life, no matter how difficult, is still worth living.

ronjazz ~ Yes, it is something that is always there. Fighting it every day is exhausting. But giving up isn't an option.

ZomBee ~ Fellow travelers in the darkness know. I'm so glad that you've been able to find light.

Illuminary ~ You're welcome and Thank You! Your "name" tells what you are to me. If what I write can help others understand the misery of depression, then I'll feel like I've accomplished what I'm baring my self for.

Omnipotent Poobah ~ It is always nice to know that the boat with no paddles has other occupants. Those that recommend supplements, exercise, etc. haven't a clue. I've taken St. John's Wort, ginko biloba, drank detox tea and God knows what else, to no avail. I've seen three therapists. The fog can be kept at bay for awhile but it always creeps back. We just need to continue the fight to keep living the best we can.

Mass Hole Mommy ~ Panic attacks in public (where they seem to happen most) made me think I was either having a stroke or losing what was left of my mind. They are the scariest things - EVER! I hope you are getting treatment for the anxiety and attacks. Thank you for coming by!