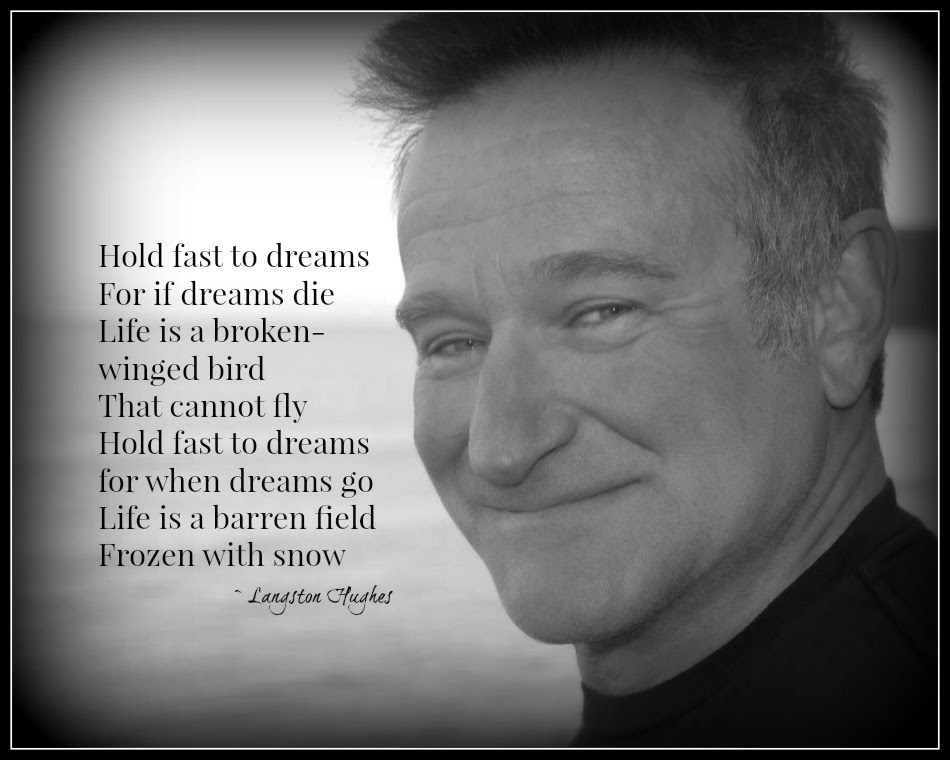 Created by the warped mind of nitebyrd at 11:27 AM

4 blew out from under the bed:

That you have nothing burning, makes my heart lighter. That depression and darkness steal so many beautiful people, it's a well of sorrow without bottom.
seeing your words here, is a ray of sunshine.. ((nitebyrd)))

Like you, the passing of Robin Williams hit me like a tsunami. For days afterward, I walked around with feelings of loss and sadness, as if I knew him personally. It felt like a void in my heart. I was stunned.

Thank you so much for sharing the words of David Foster Wallace because it does help to comprehend what Robin Williams may have felt.

But even still, he will be greatly missed.

"It also makes me feel better knowing that I don't even have anything smoldering."

It was such sad news. I adored Robin Williams. A talented actor and a wonderful man.
Thanks for the quote, it makes sense.
Good to know you aren't experiencing any flames.

So very well said. Those of us who don't deal with depression have no clue of the pain and anguish others who are dealing with it have to endure. The analogy of the burning building puts in very much into perspective. How we all wish he would have had a net tho... he will be dearly missed.